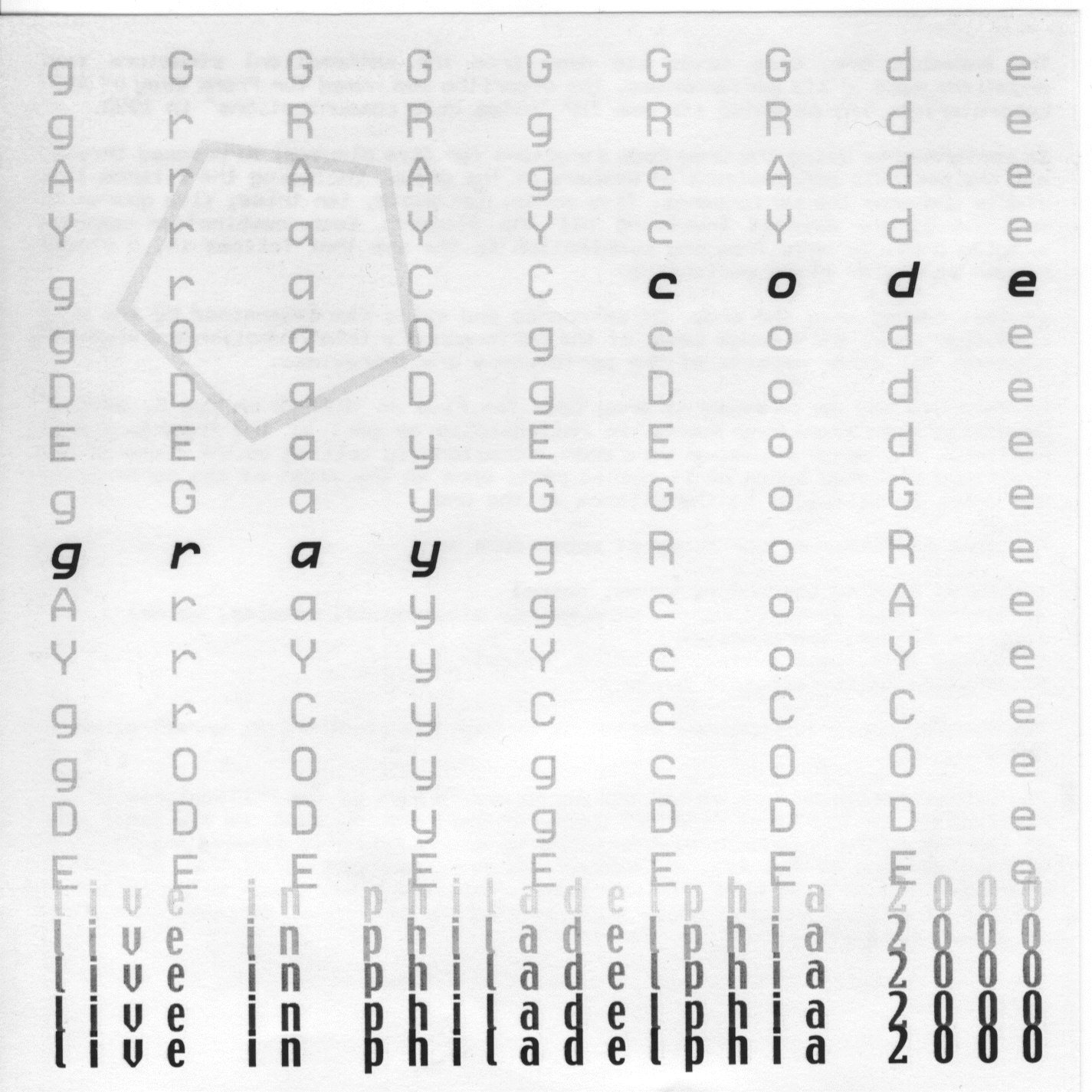 The ensemble Gray Code takes its name from the mathematical structure that organizes many of its performances. The algorithm was named for Frank Gray of Bell Laboratories, who patented its use for "pulse code communications" in 1953.

In performances using the Gray Code structure for five players, we proceed through all the possible combinations of members of the group, including the silence that starts and ends the performance, five solos, ten duets, ten trios, five quartets, and the single quintet involving all the players. Each combination appears exactly once. To move from any combination to the one that follows it, a single player starts or stops performing.

In most cases,, only the order of entrances and exits (as determined by the Gray Code algorithm) and a rough sense of the performance's total duration are known in advance. All other aspects of the performance are improvised.

For this performance, our order of appearance was:


Tom Bickley also processed and echoed us through his electronics, unrestrained by the structure.

The improvisation on "ave maria" was performed as part of the Philadelphia Fringe Festival at the Old First Reformed Church on September 16, 2000. We had spent part of the day at the Philadelphia Free Library, where Jon Matis located the score to a motet setting of the text by Josquin des Prez, and suggested that we base an improvisation on materials from the piece. This sequence, which we performed at the end of a timed array of solo, duos, and full group improvisations (structured at dinner before the show) is the result.

The final track is an unplanned concluding improvisation from the May 21st performance.